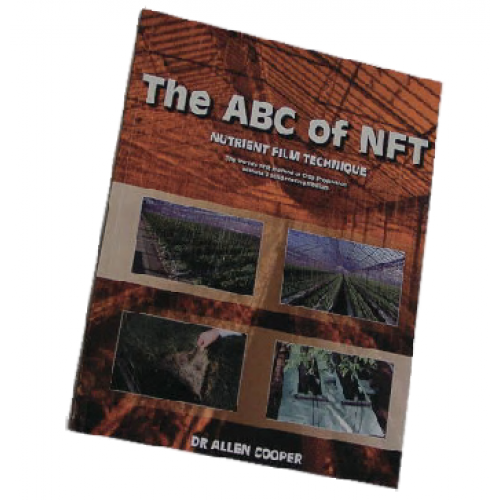 The author Allen Cooper is credited with devising the NFT or nutrient film technique and perfecting its application through his research work at the Glasshouse Crops Research institute in the UK. The development of commercial NFT cropping enterprises around the world has been mainly due to his work contained in this visionary book.

When first published in 1970. The ABC of NFT quickly established itself as the NFT Bible to hydroponic enthusiasts. Recently reprinted it remains today the definitive text on practical application of NFT.

The ABC Of NFT